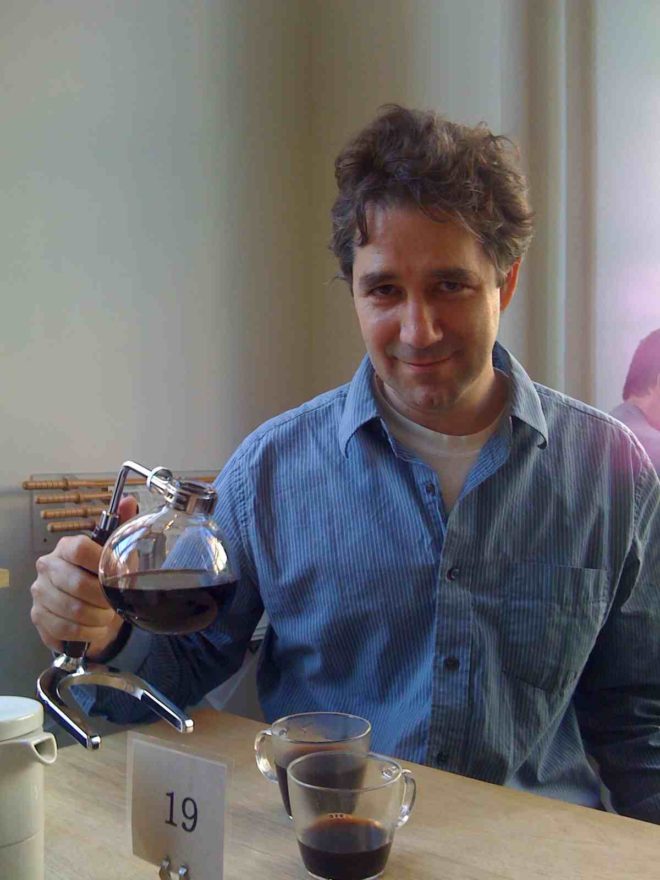 My passion is as an anthropologist of passions, brains, games, bodies, drugs and facts. I love engaging with just how strange we all are in doing what we love and how much we love and live by what we think of as knowledge. My research and teaching constantly ask how exactly we came to think, do and speak the way we do about ourselves and our world. What are the actual material ways in which we come to encounter facts and things and take them to be relevant to our lives and our futures?

I am Chair of Performance Studies, Professor and former director of Science and Technology Studies and Professor of Anthropology at the University of California Davis. I am also on the faculty of the Cultural Studies PhD program. I’m also in the process of launching an undergraduate program in Data Studies, helping undergrads learn to think critically and computationally about data.

My most recent book is on pharmaceutical marketing and clinical trials called Drugs for Life: How Pharmaceutical Companies Define Our Health (Duke University Press, 2012). Previously I wrote about neuroscientists making brain images, Picturing Personhood: Brain Scans and Biomedical Identity (Princeton University Press, 2004). As the first ethnographic study of brain imaging, it helped define a new field of anthropology of neuroscience, one that engaged with the ongoing concerns of neurosciences and social scientists alike about the relationship between human nature and the brain. I have also co-edited three books: with Gary Lee Downey, Cyborgs & Citadels: Anthropological Interventions in Emerging Sciences and Technologies; with Robbie Davis-Floyd, Cyborg Babies: From Techno-Sex to Techno-Tots, and with Regula Burri, Biomedicine as Culture. For ten years I was an editor of the journal Culture, Medicine & Psychiatry.

My new projects are entangled:

Group Improvisation Studies: I am mostly working in/around Contact Improvisation — not quite in the mode of the way cognitive scientists approach it, but here two videos i’ve made on fascia and contact/balance. and four papers related to that, on Practice as Research-Fascia, Critical Ethnographic Scores, Haptic Creativity, and Attention as Tactile. The latter is directly in dialogue with contact improvisation – i was researcher at Freiburg CI festival in 2018 producing this site on Living Scores.

Since 2017 I’ve been working with Andreas Roepstorff at the Interacting Minds Centre at Aarhus University, Denmark. In collaboration with Studio Olafur Eliasson (Berlin) we have gotten a multi-year project grant on Experiencing, Experimenting, Reflecting. One of our experiences designed with CI teacher Dorte Bjerre Jensen, involved two days at the Tate Modern running scores/experiments with staff and members of the public called “Sharing Embodied Perspectives, Exploring Interacting Minds” <- short video presented at STS conference, whole panel website). More info: Sharing Perspectives (early version of it at SOE). In November 2019, i was at the Joint Improvisation Lab at CNRS in Paris for a month (where dance, philosophy, and neuroscience meet, see this paper on kinaesthetic togetherness). We just ran a conference hackathon on Virtual Realities, Collective Realities. That’s also where I co-ran events on Improvisation, Science Fiction & Tarot (with Miriam Simun, Lea Kieffer, Flor Campise, and others). See also the Group Improvisation Lab Labs site

Gaming studies: With Colin Milburn, Kriss Ravetto and others, I helped found the ModLab through the Davis Humanities Institute. Our work is also funded by IMMERSe, Mellon, and an Interdisciplinary Frontiers grant at UC Davis. We are interested in both studying gaming and developing games and interfaces. I’ve been running workshops on rethinking your research through game design, and I’m developing a game on fracking. I’ll be teaching “Roleplaying Games and Society” in Spr 2017 with Taylor Bell.

Immersive Visualization: I am currently studying how immersive 3D visualization platforms are transforming science at the KeckCAVES. I quickly went from observation to participation and am co-PI on a major grant funding the KeckCAVES and another one bringing dancers and scientists together in it. Together with faculty and graduate students in performance studies we are also engaged in bringing choreographers, theatre improv, and other performance and media artists into engagement with these technologies.

Crazy Computers and Logical Neuroses: the early period of computing 1940-1960 fascinates me for how many people then felt that computers were logical and therefore irrational. Because computers did exactly what they were told and didn’t know if they were going in endless loops they were ideal to model the craziness of humans, our emotions, neuroses, psychoses, and politics. I think that diagrammatic thinking is a key element of this, so I am working on a history of flow charts, and fascinated by the growth of the alternate notion that computers are logical and therefore ideally rational, suitable for simulating intelligence but not emotions. Along with a short paper on “neuroexistentialism,” a more extensive treatment called “Plastic Diagrams: Circuits in the Brain and How They Got There” in the volume on Plasticity and Pathology. This has led to a renewed set of collaborations and participation with neuroscientists, presenting at a Neuroeconomics workshop and a Consciousness conference, and a paper published in Frontiers in Human Neuroscience called, “Plastic Neuroscience: Studying What the Brain Cares About.”

Anatomies and Bodyminds: anatomy (including physiology) is a surprisingly diverse field, once one surveys the way that different medical and biomedical systems teach it, as well as so-called alternative medicines (e.g., massage therapies, energy practices, chiropractic, hospice), and body movement practices like dance traditions, contact improvisation, feldenkrais, and meditations. I am currently working on papers on “Don’t know where you are going: Anthropology and Improvisation,” and published a practice-as-research paper with Kevin O’Connor on “The senses and sciences of fascia.” I’ll be teaching “Tightwire Walking and Thinking” in Spr 2017 with Ante Ursic.

My immersive research approach means that on any day of the week I’m programming in a 3D version of python, helping students learn excel, lecturing on drugs, giving a neuromuscular massage treatment, analyzing the writings of cyberneticians, dancing in a contact improv jam, finding ways to make classes more game-like, and all too often sitting in meetings.

And yes, I drink a lot of coffee, for its health benefits and because it may help me see ghosts!

I’ll eventually get more articles up here and a real CV here, but meantime here are some current activities and publications:

Submitted.  Playing with Methods: Messing with thinking, writing, and learning together. (being revised with Duke University Press)

1998 Cyborg Babies: From Techno-Sex to Techno-Tots. Co-edited with Robbie E. Davis-Floyd  (Routledge).  (Selected one of the Top 25 Books of the Year by the Voice Literary Supplement). Co-wrote introduction with Davis-Floyd.

forthcoming “Corporate Conspiring Is Not Even the Beginning,” in Conspiracy/Theory, ed. Joe Masco. University of Chicago Press.

2016. “Art, Design, and Performance” with Chris Salter and Regula Burri, for Handbook of Science and Technology Studies.

2016. “Plastic diagrams: Circuits in the Brain and How They Got There,” in Plasticity and Pathology: On the Formation of the Neural Subject eds. David Bates & Nima Bassiri. New York: Fordham University Press. Pp. 219-267.

2014 “How (Not) to Do Things with Brain Images.” In Coopmans, Vertesi, Lynch & Woolgar, eds. Representation in Scientific Practice Revisited. Boston: MIT Press. Pp 291-313.

2012 “Twisting the Neurohelix,” Epilogue to The Neuroscientific Turn: Transdisciplinarity in the Age of the Brain, edited by Melissa M. Littlefield and Jenell M. Johnson, Ann Arbor: University of Michigan Press.

2011                 “Haptic Creativity and the Mid-Embodiments of Experimental Life,” with Natasha Myers, in A Companion to the Anthropology of the Body and Embodiment, edited by Fran Mascia-Lees, New York: Wiley-Blackwell Publishers.

2010                 “Inter-pill-ation and the Instrumentalization of Compliance,” afterword to New Anthropologies of Medical Compliance, special issue of Anthropology of Medicine, edited by Kalman Applbaum and Michael Oldani, v.17, n.2, February, 2010.

Chosen for inclusion in the International Library of Essays in Law and Society, Law and Science Volume I: Epistemological, Evidentiary, and Relational Engagements, edited by Susan Silbey, forthcoming, July 2008.

1997                 “A Digital Image of the Category of the Person, PET Scanning and Objective Self-Fashioning,” in Cyborgs and Citadels: Anthropological Interventions in Emerging Sciences and Technologies, Downey & Dumit eds.  SAR Press.

1994                 Twentieth-Century PET: Mind and Brain through the Eye of Technology,” in Technoscientific Imaginaries. George Marcus, ed. University of Chicago Press.